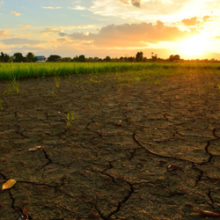 Microbes are involved in many processes, such as the carbon and nitrogen cycles, and are responsible for both the production and consumption of greenhouse gases such as carbon dioxide and methane.

Microbes could have various positive and negative feedback responses to temperature, but the extent of these is not completely understood. The reason is that microbes live in very diverse communities that interact with other organisms and the environment in complex ways, which makes it difficult to make predictions about the effects of microbes on climate change, but scientists are trying to include microbial activity in climate change models. What is certain is that human activities have helped to increase the production of greenhouse gases by microbes.