Microbes and the outdoors 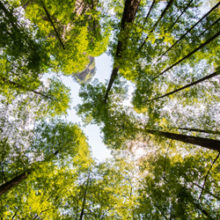 Microbes play a crucial role in our lives. In fact we couldn’t live without them but they could live without us. That is because some fungi and also soil bacteria, called the decomposers, break down dead plants and animals and their waste products into simpler substances, called nutrients.

These nutrients, including carbon dioxide, water, sodium and potassium are returned to the environment so that other living things can use them. This cyclical process by which essential elements are released and reused is known as recycling. All essential elements such as carbon and nitrogen are cycled through biochemical pathways.