The carbon cycle is a complex cyclical process through which all of the carbon atoms in existence rotate. The same carbon atoms that exist in your body today have been used in many other molecules since time began - in a tree, in a plant and even in a dinosaur.

Algae as well as bacteria called cyanobacteria are similar to green plants because they can all make their own food through a process called photosynthesis.

Chlorophyll, the substance that makes algae and plants green, uses the energy from sunlight. In algae and plants it is contained in a structure called the chloroplast; cyanobacteria carry out photosynthesis directly in the cytoplasm of the cell. The microbe uses this energy to change carbon dioxide gas from the air and the water around them into a sugar called glucose. The sugar is either transported to other cells and used as food or stored as insoluble starch. This process is called photosynthesis. The gas oxygen is released as a waste product. This is very important as animals including humans need oxygen to live. In fact 70 – 80 % of all the oxygen we breathe comes from algae.

The chemical reaction for photosynthesis: 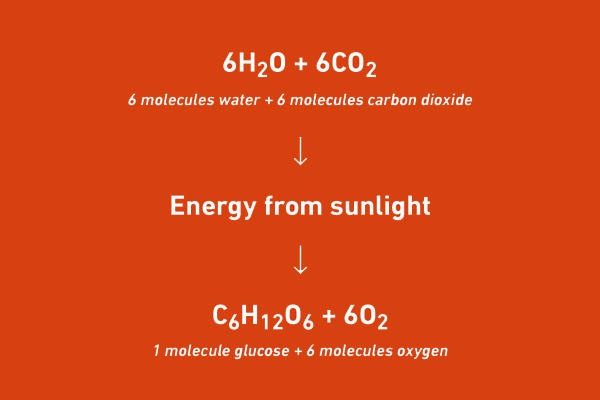 The chemical reaction for aerobic respiration: 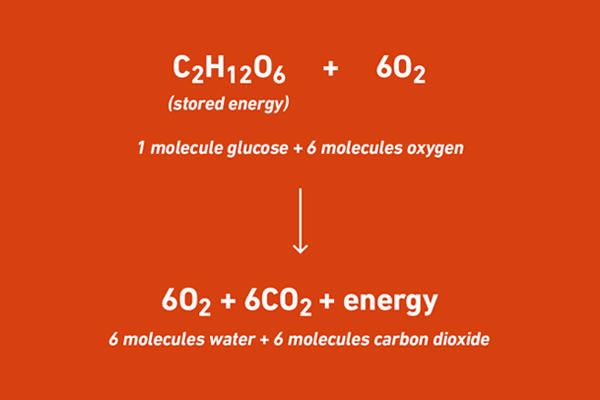 This reaction forms part of the carbon cycle.